We pay CASH for cars, trucks, 4×4’s all across Auckland – regardless of whether they are currently running or not. We offer vehicle removal services, and will offer the most money for your car. It doesn’t matter what make or model the car is, our car removal Auckland team will happily take your car away.

Looking for car removal in Auckland?

We’ll remove your car for you AND pay top cash for cars in Auckland. Get in touch with us via the form on this page and we will let you know how much we will pay you for your car removal.

What do you do with the cars?

We dismantle cars, scrap cars, and sell car parts. Once we have paid you cash for cars, we’ll remove your car for you, and dismantle cars at our site in Onehunga. 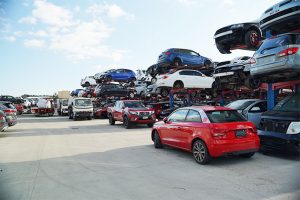 Where do we offer car removal services?

We offer cash for cars all throughout Auckland. We remove cars from your property and scrap cars at our site in Auckland.

Get your FREE cash quote!

Looking for a specific part?

Let us know and we’ll find it for you!

At Bamian Auto Parts, we specialise in used car parts. We have a huge range of car parts at our car dismantling site in Auckland. Once we have finished car dismantling, we sell car parts to our customers.

Get your FREE cash quote now!

If your car has broken down and you’re looking for an Auckland car wrecker to take it a way, fill out this form – we pay cash for cars!